Bower is a package manager for the web. It offers a generic solution to the problem of front-end package management. Using of Bower will eliminate the need of downloading the JavaScript libraries into your project, so all the developer have to do, is to initiate a Bower into their own project and installing the required libraries by using Bower instructions.

This tutorial explains how to install bower and use it in your machine. Before discussing about Bower, it’s important to list of all prerequisite software and install them before going into Bower installation and use. Also end of this tutorial, I have explained how to import jQuery libraries using the bower commands. If you have any questions, please write it in the comments section.

Git, Git is a free and open source distributed version control system designed to handle everything from small to very large projects with speed and efficiency. To install Git into your machine you have to do the following: 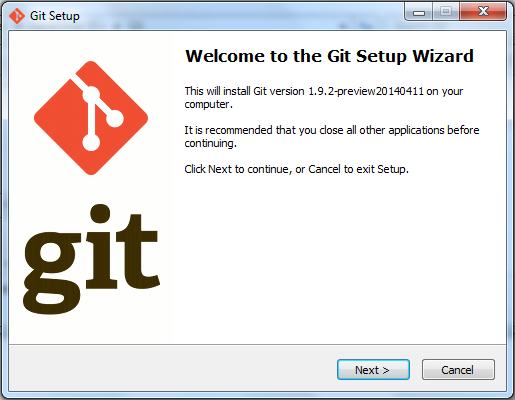 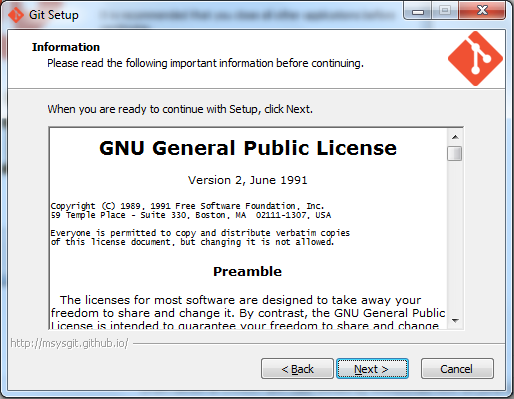 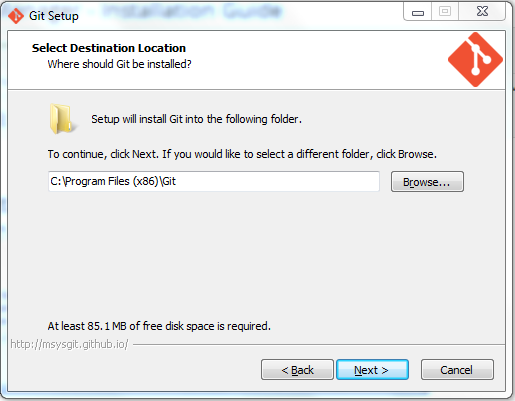 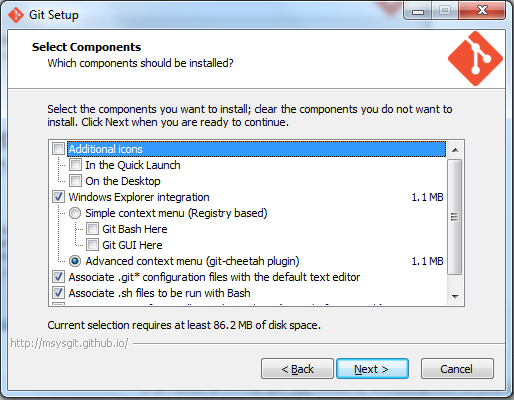 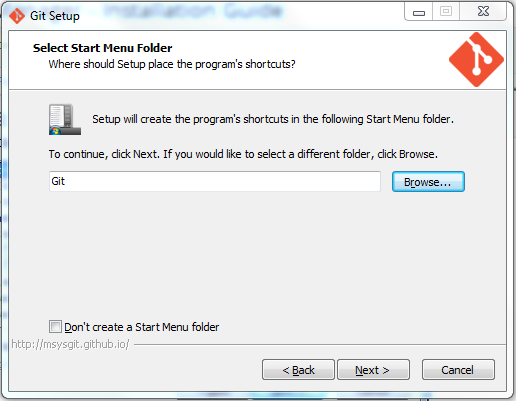 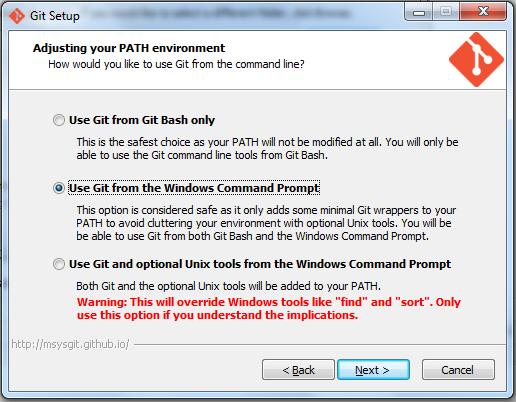 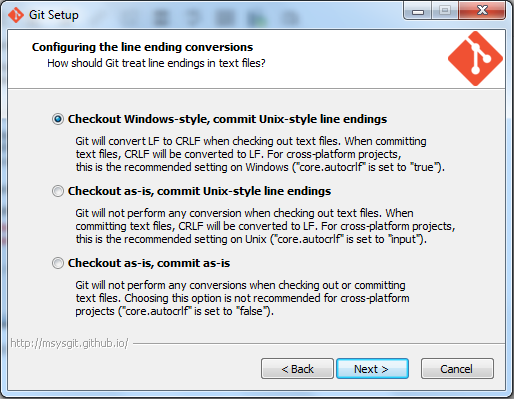 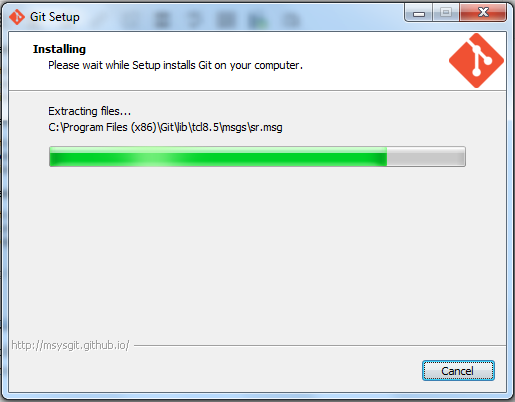 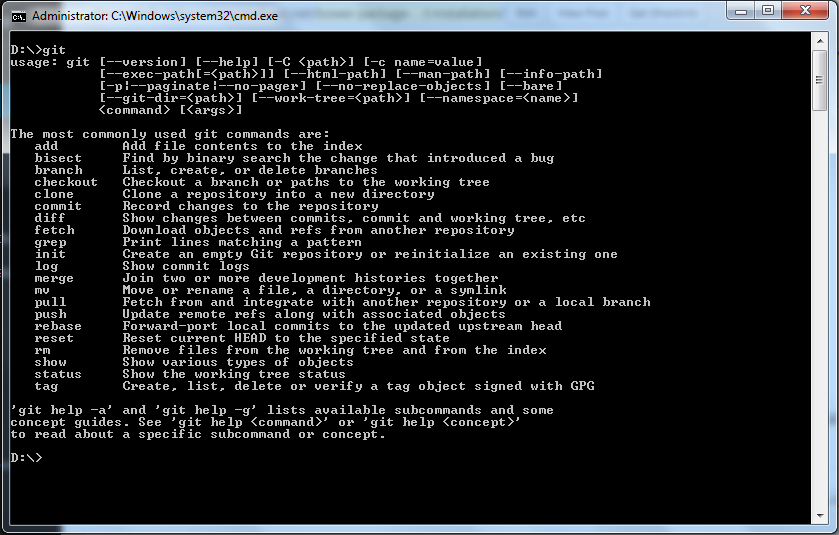 Now you have installed the git in your system.

Node.js is a platform built on Chrome’s JavaScript runtime for easily building fast, scalable network applications. Node.js uses an event-driven, non-blocking I/O model that makes it lightweight and efficient, perfect for data-intensive real-time applications that run across distributed devices. For installing the node.js you have to follow the below steps: 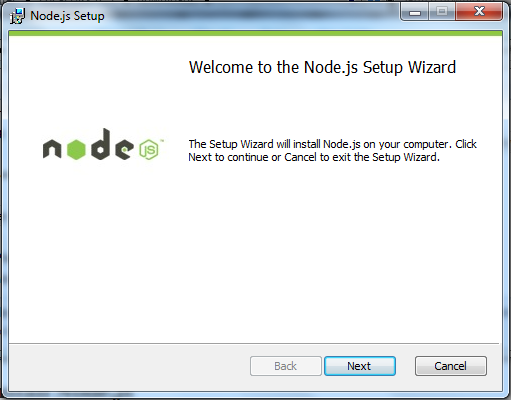 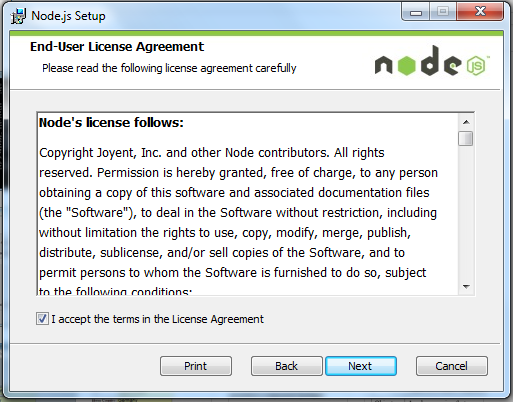 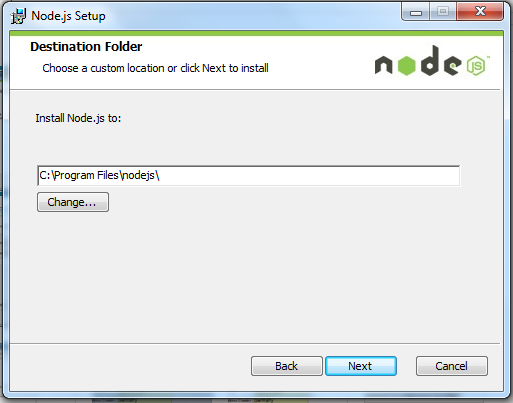 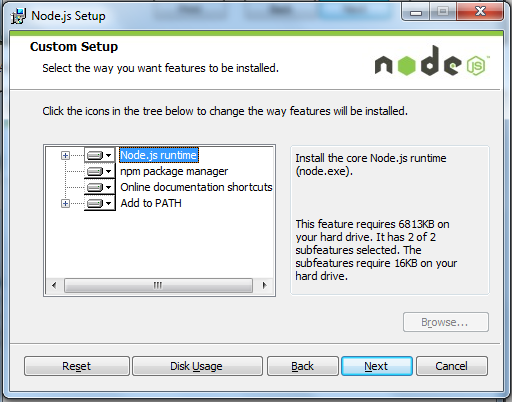 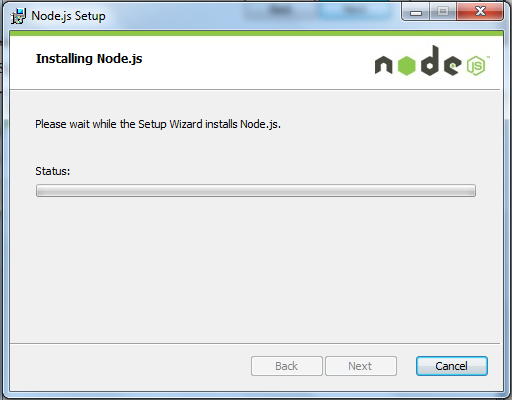 After finish the installation, you’re ready for getting started using Bower. Bower depends on Node and npm.

Once the above installations are completed, now it is time to install the Bower to your system. Lets follow the below steps for downloading and installing the bower: 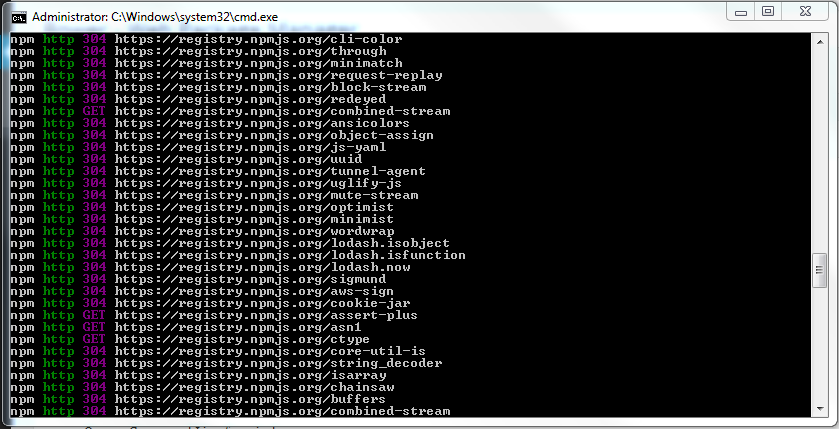 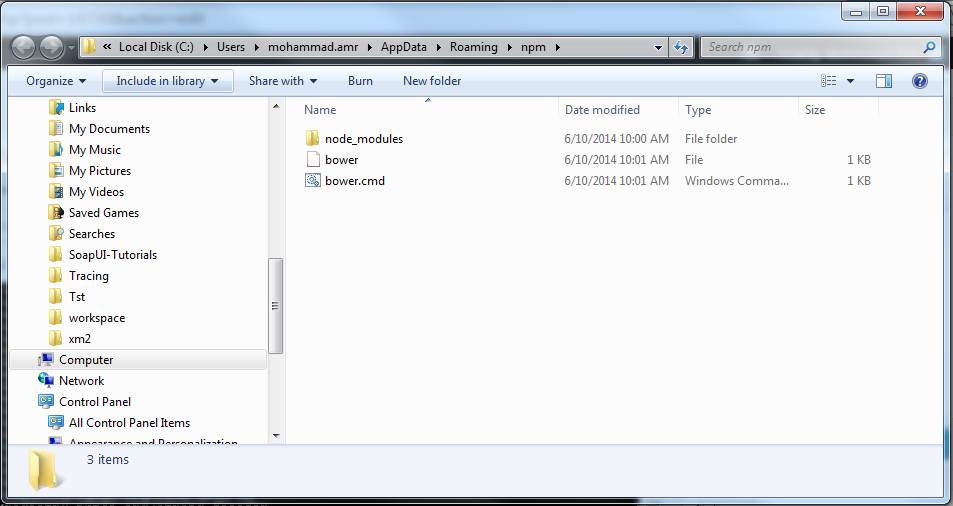 We have completed the installation of bower in the above section, now we will write a simple example using the bower. It’s good for you going through a example of how could you use the Bower for installing the required libraries. For that, I have created an empty folder called BowerExample located at the D:\BowerExample path and we’re going to use an HTML page referencing a jQuery library. Now, we will not install the jQuery library from the jQuery site and it will not referenced by using the CDN jQuery library path.

To get jQuery referenced and used from within a BowerExample folder you have to follow the below steps: 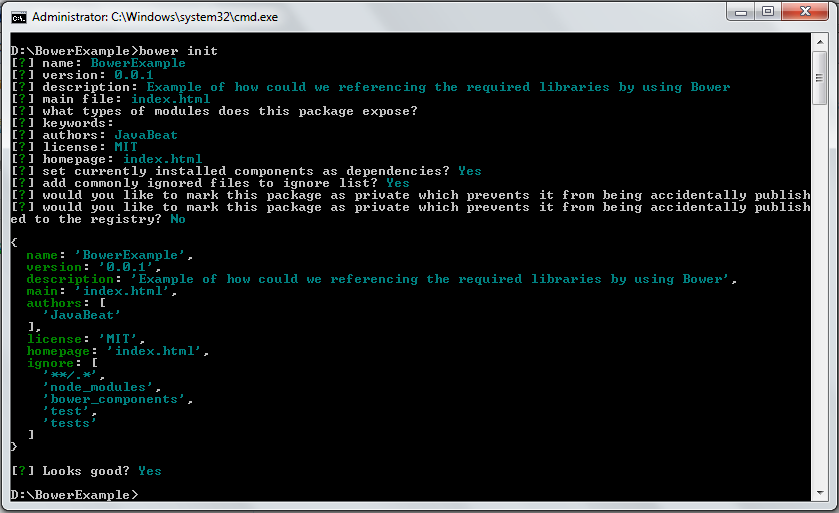 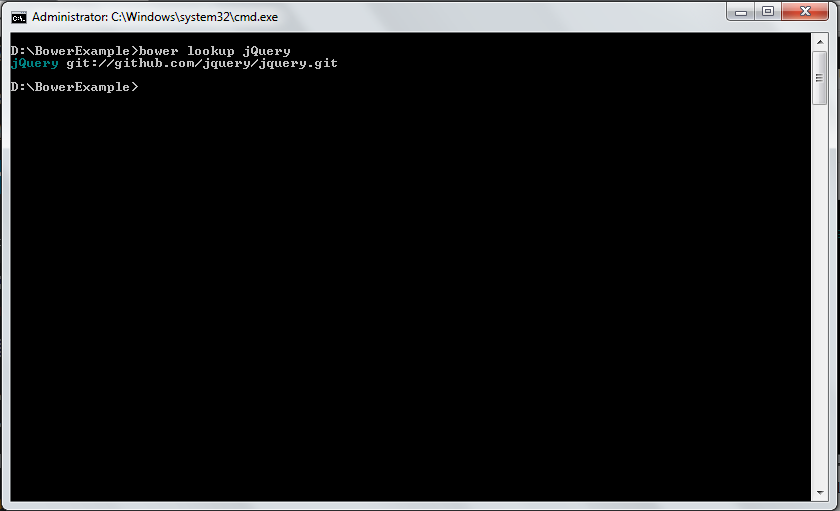 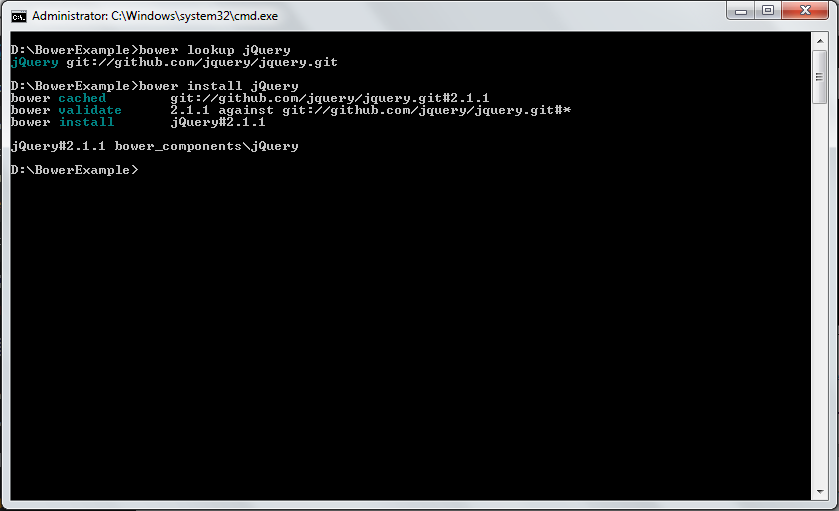 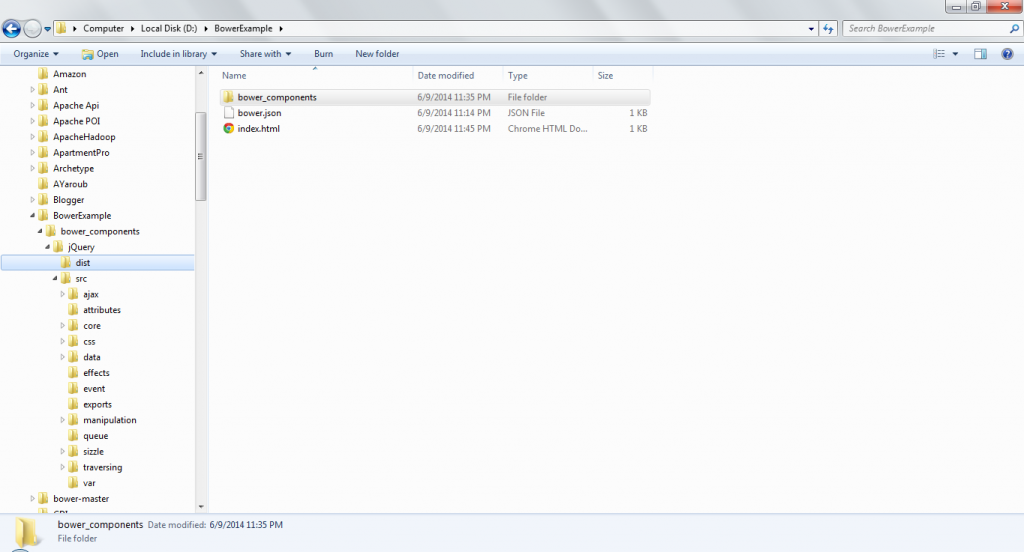 The index.html is just a simple HTML page and it might be more complicated than what you’ve seen below

Double click on the index.html cause the above HTML to be executed via the browser. 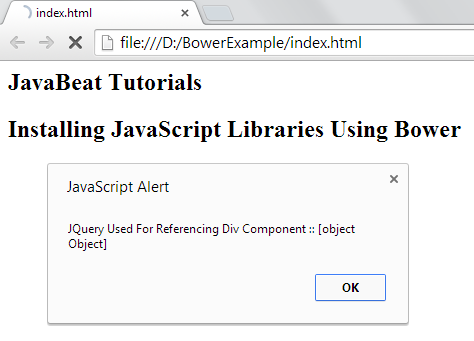