In this article we will see an introduction to dependency management through JNDI (Java Naming and Directory Interface). We will see how to name resources with annotations and how to search dependencies are created. Furthermore, we see examples of using JNDI API and alternatives to search certain components.

The business logic of an application is not always independent, our implementation often depends on other resources that are in the application server such as JDBC, JMS, Session Bean and Entity Manager. 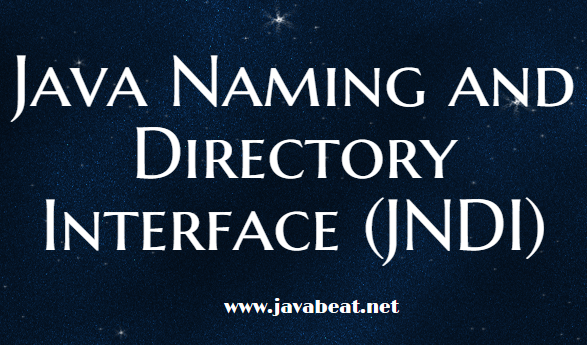 To manage these dependencies, Java EE components provides references to resources that are defined in metadata annotations or external. These references are nothing more than a link named to the resources that can be dynamically determined at runtime within the application code or automatically by the container when the component instance is created.

The most traditional way of dependency management in Java EE is through search dependency in which the application code uses the Java Naming and Directory Interface (JNDI or) to locate a named reference.

The JNDI or Java Naming and Directory Interface is an API for accessing directory services. It allows client applications to discover and obtain data or objects via a name. Like all Java APIs, it is platform independent. Its two basic functions are :

Context and InitialContext interfaces are defined both by the JNDI API. The lookup() method of the Context interface is the first point to return objects from a JNDI context. To find the reference audit, the application looks up the name java: comp/env/audit and makes a cast (conversion) result for the business interface AuditService.

The prefix java: comp/env/ added to the name of the reference to the server indicates that the environment naming context should be searched to find the reference. If the name is incorrect, an exception will be thrown when the search fails.

Despite the above form to be valid and supported by large-scale Java EE components, we note that it is a little tricky to use it due to exception handling required by JNDI. EJBs also support an alternative syntax using a lookup() method of the interface EJBContext.

The interface EJBContext (and subinterfaces SessionContext and MessageDrivenContext) is available to any EJB and provide the bean with access to services at runtime such as timer services. The same example above is shown below using the lookup () method alternative. The instance SessionContext this example is provided via setter method.

The lookup() method of the EJBContext has two main advantages over the JNDI API:

In this article we saw that an application depends on other components and we can use the search dependency to locate these components. One way is to use the JNDI API (Java Naming and Directory Interface) it allows client applications to discover and obtain data and objects via a name, or we can use an interface support to locate EJBs which in turn has some advantages in their use JNDI instead of the API.