How To Use Serialization?

How do we serialize and make sure we deserialize it correctly? Fortunately, Java takes care of the internal implementation of serializing and unpacking. All we need to do is to indicate Java that we need to serialize an object. And for that purpose, we use java.util.serializable marker interface. It is called a marker interface, as it has no associated methods but just used as a marker/placeholder.

A simple SerializeEx class implementing java.util.Serializable interface. As noted earlier, Serializable is just a marker interface. Now having marked the interface serializable, we need to actually store the object. And java provides APIs for that as well.

Question might arise on what exactly is stored when an object is serialized? Only the contents of the object are serialized and not the class definition i.e., fields that are necessary to reconstruct the object are saved. This includes instance variables but not the class methods. So, in our case the instance variables are “perAge” and “perName” which will be saved into the file.

Open the saved file in a hex-editor and this is how it looks.

(There is a separate protocol called Object Serialization Stream Protocol, which dictates on how the object should be saved so that it can be later retrieved successfully.)

Let’s look at another example. Suppose, I change my SerializeEx object to look like this: 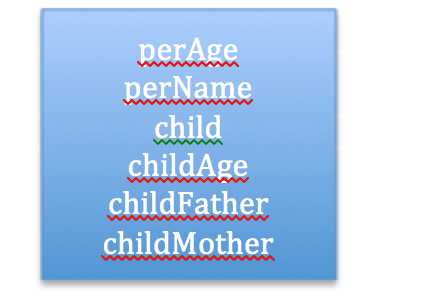 Having looked at basics of serialization, we will look at the concept of serialVersionUID. By default, every time an object is serialized; Java automatically associates it an auto-calculated version ID based on the object structure. And during deserialization, Java checks for the same version ID and if it doesn’t match throws an Exception. Why does Java perform this check? Consider a scenario, where we have serialized the object but later removed the transient keyword from one of the instance variable and so the version ID changes. But assume we didn’t serialize the object after this change and then deserialize it. How does the deserializing class know about this change?

One way, Java resolves this discrepancy is by checking if the version ID matches between deserialized and serialized class. So this serialVersionUID acts like a version control for the Serializable class by checking the deserialized object compatibility with the current definition of same class.

Why worry about this if Java takes care of this ? If we are using Eclipse IDE and after we implement java.util.Serializable, we will notice a warning “didn’t declare a static final serialVersionUID of type long”. If we use Eclipse IDE, clicking on that warning will generate a serialVersionUID. And there are two options: use a “default” or “generated version id”. According to Java experts, we should avoid using this default version ID. Hence we should always use the other option “generated version id”.

Our class got a SerialVersionUID. Are we done? But what if our class definition changes. Assume I change the object to:

I have added an instance variable, “newField” but the versionUID remains the same because we not changed that value. Now, assume we perform the following: Deserialize SerializeEx using “serial.out” generated earlier without this new instance variable.

In this article, I have focused to give just a few pieces of Serialization in Java as it’s an extensive subject. I hope this article will serve as a foundation for further reading on Java Serialization. Thanks for reading.

This article is originally published at Java tutorials – Lets jump into the ocean, re-posted here with authors permission and as part of the JBC program.

Renga is currently working as a software engineer. He has experience developing web applications using spring, struts and Hibernate framework. He is passionate about learning new technologies and has recently started writing a blog http://renga86.blogspot.com mainly focussing on Java.