The final release will be on June first week. 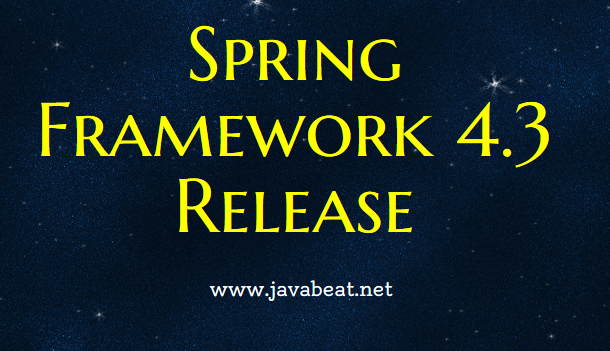 Let’s look at the new features added as part of the Spring 4.3:

I will be covering the new features in my upcoming tutorials. If you wish to get latest updates on spring framework, please subscribe to our newsletter.