Java SE 8 was released last month (March 18, 2014). Traditionally, every new major JRE version comes with a free performance boost. Do we get another free lunch? And how big is the gain this time?

To reproduce this benchmark locally, build optaplanner from source and run the main class GeneralOptaPlannerBenchmarkApp. 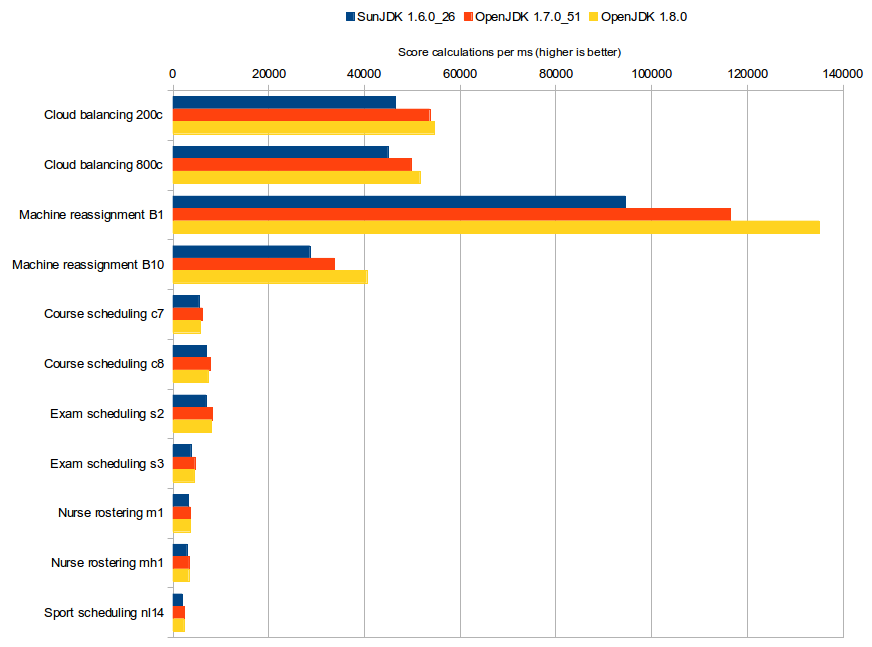 On the big datasets, Java 8 is clearly faster. And this without changing a line of code. On average, the result is less convincing (with the current release), but a free lunch is always welcome.

This article is originally published at OptaPlanner Blog, re-posted here with authors permission and as part of the JBC program.