This page (JSF 2 Tutorials) is regularly updated with latest information and articles on Java Server Faces (JSF) technology.  If you come across any good JSF tutorials and not listed here, please send a mail to krishnas at javabeat.net or write it in the comments section.

JavaServer Faces (JSF) which provides a Component-Based Architecture for developing reusable User Interface Components hides most of the complex stuffs that are happening in the View portion of the MVC-2 Architecture. The framework is not only limited to developing customized User Interface Components but also provides support for various Advanced Features like Event handling Mechanism, Validating User Inputs that are sent by the clients, Easy Page Navigation Mechanism etc.

The good thing about JavaServer Faces is that the degree of coupling between the UI Components that represent the various behaviour/properties and its Rendering is very low. In fact it is almost nill. So, HTML browsers are not the only target client applications. JSF Applications works even well with WML Browsers. (Read : Introduction to JSF)

Unlike JSF 1.x, everything is declared in faces-config.xml configuration files, with the release of JSF 2.0, developers are allowed to use annotation to declare navigating, managed bean or CDI bean, which make your development easier and faster.

The following sections gives you lot of information about the list of tutorials published on JSF / JSF 2 technology in JavaBeat and other websites. The tutorials are categorized under different headings.

This section have the list of JSF tutorials for the beginners who are first time reading about JSF technology.

JSF Integration with Other Frameworks

Those who thinks or scary of the future prospect for JSF technology, please read the below articles from JSF experts.

If you are a die hard fan of Java Server Faces technology or you are working for this technology for a long time, it makes sense to know the some great brains who are contributing to this JSF community. As we all know that this framework has been developed as specification and maintained by Oracle, there is no founder whom we can say father of this framework. But, there are few genius in the community who have immense contribution and support to this technology. 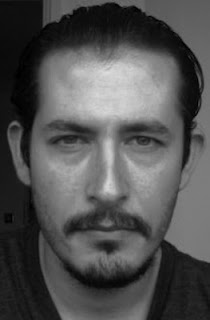 If you are blogging about JSF, please send a mail to krishnas at javabeat.net to add your blog in this page.